Anti-Bullying Starts With a Message of Kindness 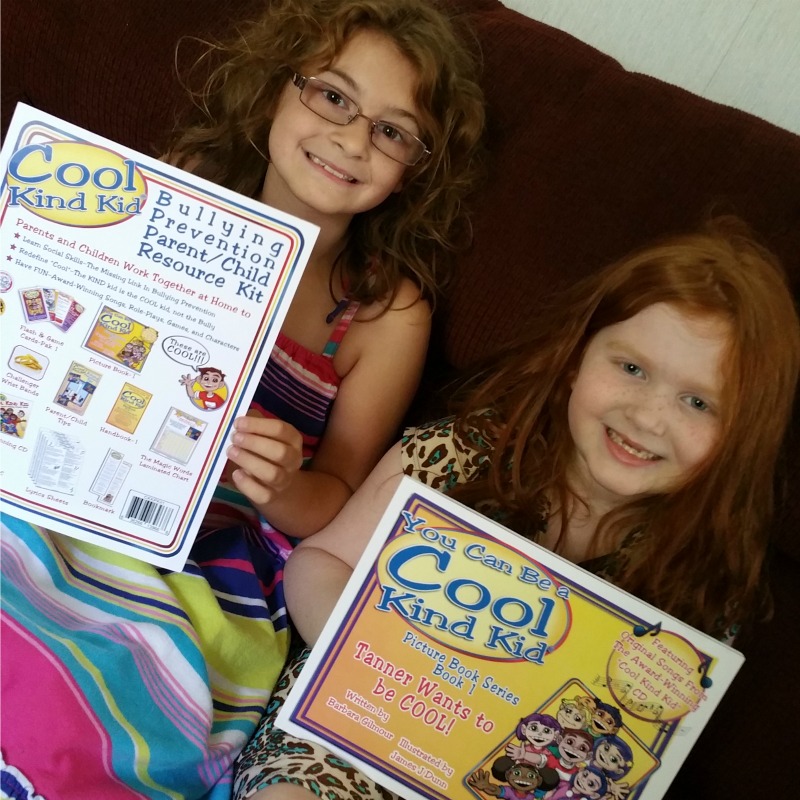 A Back-To-School message about putting your best foot forward and avoiding bullying techniques no matter the intent.

This message contains affiliate links. #Sponsored post whereby we received a review copy of You Can Be a Cool Kind Kid. Opinions are strictly my own.

Before school rules, before befriending a bullied victim, before being a voice against bullying… it all starts with a conversation about kindness. We all have the potential to be mean-spirited, its just part of being human. Anyone’s buttons can be pushed…by anyone. Each child has the opportunity to say the wrong thing, act in an inappropriate way, be perceived as the “bad guy” but what happens if, as parents, we embrace each of those moments as learning potential. Listen, I don’t have the answers for those egregious examples that hit the news, that affect many families… but instead suggest an urgency and a means of getting in front of the topic before it becomes a situation… and maybe more importantly, providing the life skills of handling these situations as they occur because they most definitely will occur, and it’s more of a matter of how they are addressed that results in better outcomes.

It all comes back to kindness. When a child oversteps a boundary, empower them to apologize. Apologies are not a sign of weakness, caving, or being a push-over but instead a tool for dispute resolution. Many folks I know, as adults, refuse to apologize. Silly really, that they let such an act have that much power over a situation… let’s not teach our children that apologies are for pansies. They aren’t; they’re for everyone.

Bullying isn’t only about the child on the receiving end of unpleasantries. As parents, perhaps displaying compassion and understanding for the perpetrator (which could mean OUR kid), will defuse the situation and allow the child to come around on his/her mannerisms. And again… this is well before the ugliness of the abuses we’re seeing in our schools and neighborhoods, and online bullying is a topic I’ll just leave for the professionals.

One place to start is with You Can Be a Cool Kind Kid. An illustrated children’s book series with the message that being “cool” doesn’t have to be associated with being mean to others. Being kind is cool. This book and the series is available via Amazon or you can visit Cool Kind Kid online.  The following is an excerpt from Cool Kind Kid’s press release:

Cool Kind Kid is proactive social skills and anti-bullying tools to help young childre rejet bullying. It supports current research advocating social skills, or social competence training as neighborhoods, and the media with the message that mean, rude, and disrespectful behaviors are cool, and that bullying is cool.

As Cool Kind Kid redefines “cool” for kids, the motivation for bullying is considerably weakened. Through award-winning music, fun characters and activities, kids are engaged as they learn life changing social skills. We have seen changed behavior as kids embrace the concept of being Cool Kind Kids.

Barbara Gilmour, the founder of Cool Kind Kids couldn’t have said it better when she stated, “As parents, educators, and the media, we have a responsibility to give our children the tools they need to learn that kind, caring, and respectful behavior is cool, and that bullying is the ultimate in uncool”.

As parents, we can adapt this concept, teaching our kids what it really means to be “cool”. We can go an additional step further by introducing tools like “Cool Kind Kid” to our schools for incorporation into curriculum and anti-bullying programs. So often the messages of anti-bullying are focused on witnessed acts of violence and protocols for reporting and the consequences of situations. Let’s take this time before school starts to address the nature of bullying, accepting that ANY of our children could be intentionally or unintentionally hurting other kids’ feelings and that being labeled as a bully or having demonstrated poor behavioral decision one year, doesn’t make you a bully forever. Potential bullying behavior can change… let’s show our children (you know the one’s with “strong personalities”) how it’s done.

I leave you with this children’s song, “Everyone Can See A Different Me“, by Recess Music off their “Someone Else’s Shoes” album, that I just absolutely love.

“I’ve changed for the good,
And stopped being bad.
It’s a funny little thing,
I’m no longer sad”
– Recess Music, “Everyone Can See A Different Me” / Someone Else’s Shoes

Comments are encouraged… but only the “cool” kind.