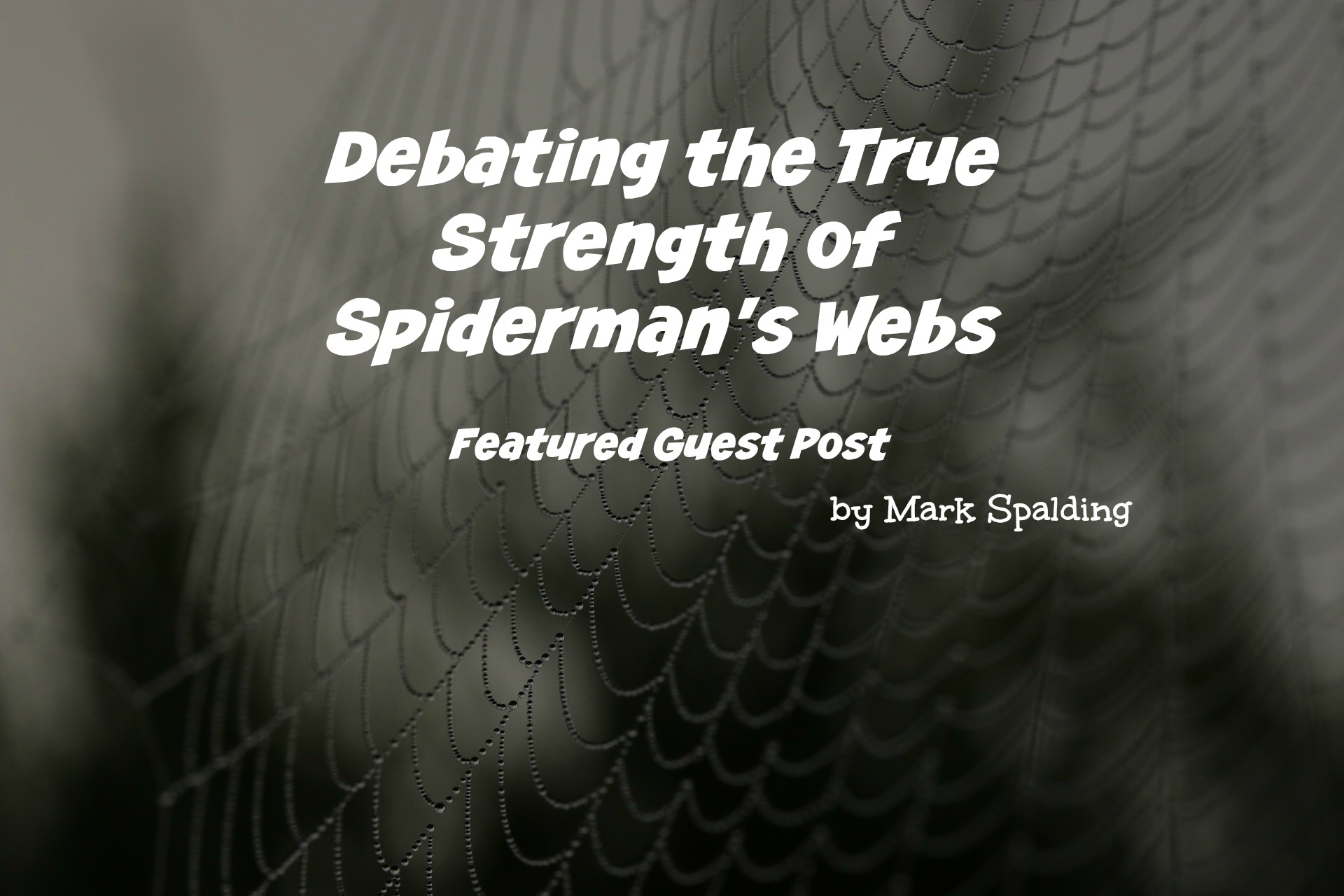 Of all the debates I have had over the years, the most heated and impassioned ones haven’t involved the big three of religion politics or sports. No, the most heated arguments don’t come from talking about money with your wife. They actually come from arguing about fictional characters.

And that is where our story begins. The long and the short of it is that my stepson and I got into a “discussion” about whether or not Spiderman’s webbing could actually hold a ten ton truck in midair (in midair because it had just been picked up and thrown at him by the Juggernaut) between two downtown Manhattan highrises. Seems a bit implausible, no? Time for a learning moment!!

So, first things first. A caveat for all the geek parents who may know a bit more about Spiderman than the average joe. I will base these findings off the more modern version of Spiderman who has organic webshooters, rather than the original version which employed manufactured web fluid via mechanical wrist shooters. While the webbing is similar in function, the science of the webbing works better with a direct comparison to natural spider silk.

OK. Ten ton truck. Midair. No wings, rocket boosters or magnetic fields involved. Just some quickly spun strands of natural fiber which are five times the tensile strength of steel, have more stopping power than kevlar, yet are smaller in diameter per strand by seventy to eighty percent that of nylon or polyester. Well, the normal spider variety that is.

Spiderman has the proportional strength of a spider (they can lift about eight times their weight). So Spidey’s a pretty strong dude (in the comics he can lift around ten tons, but an actual comparison would be closer to one ton). If his webbing is equally similar to that of a spider’s than it’s safe to assume that due to it’s larger diameter per strand, it takes on more robust qualities in strength and flexibility. In this case, it would be safe to assume that his webbing is at least 50 times the tensile strength of steel, can easily stop bullets at close range (when spun into a circular mesh pattern like that of a shield) and is sticky enough to entangle most any object that comes into contact with it.

While most comic book powers are major exaggerations of normal abilities, the guys at Marvel may have actually undersold the awesome properties of spidey’s webbing. It may actually be more powerful than it has been shown to be!

Here is a list of the sites I googled while looking up this info:
http://en.wikipedia.org/wiki/Spider-Man%27s_powers_and_equipment