Money in Motion; Money is Art 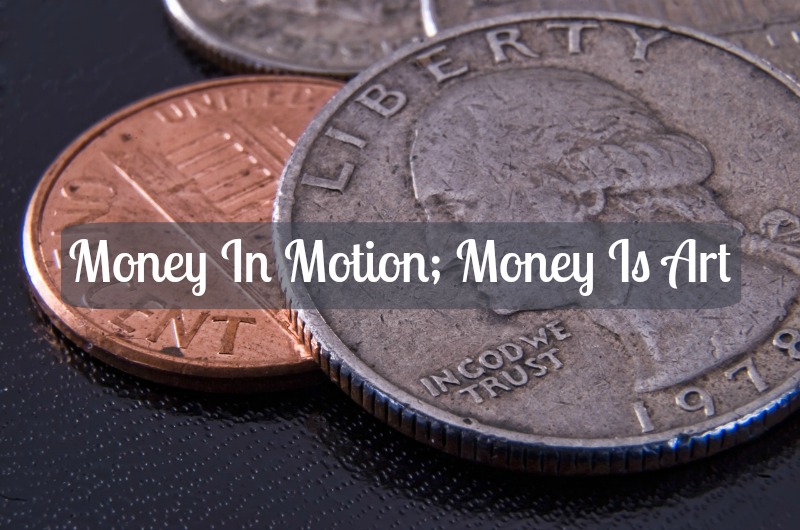 We were excited to receive a sample copy of 3D Coin Art for review from NSI. The opinions expressed herein are strictly my own. This article may hold affiliate links.

Let’s talk money. For my children, this was the “easy” math. They both enjoyed learning about money and how to use it. Interestingly, my son was more curious about the faces and images on the coins and bills, whereas my daughter was and is more interested in learning how to save and spend it. That is a completely honest statement. I would spend time discussing the presidents with Greg and in fact before Kindergarten he knew money by the presidents (plus Ben) more than the face value. Funny story. One afternoon he and I were driving home from the mall. Greg had gotten some birthday money but hadn’t brought his wallet. When he had found something he liked we purchased it and agreed he’d give me the money later. So driving home, I asked him how much he owed me, thinking this would be a good lesson on adding bills… $10 plus 3 singles. He bought a toy for $13. Without any hesitation he says, “3 George Washingtons and a Hamilton”. Not completely surprised, because again this was how he referred to money, I attempted to correct him in saying he owed me a Jackson instead of the Hamilton. At fives years old, boy, he stood his argument saying he ONLY owed me 3 Washingtons and a Hamilton. Finally, at a red light, I reached in my purse for a 10 or a 20 to settle the argument and of course, he was right. And at that point, he owed me nothing.

So money isn’t necessarily just money, the paper we exchange just buy stuff. There’s history to explore behind each coin and every bill. Having been a bank teller many moons ago, I grew to have a deeper appreciation for the currency system. Money in – money out. Now not everyone can get that close to a vault full of cash – although I highly suggest taking an early career job as a teller, as it offers great perspective – but what families can do is visit the Federal Reserve Bank of Philadelphia. Here you will find the permanent exhibit: Money In Motion. Money In Motion is an interactive, state of art display of our central banking system. Philadelphia is the birth place for the Bank of the United States. Exhibits include interactive displays of our nation’s financial history and changes to currency dating back to 1600’s. Take a look back at the money from each of the 13 colonies. Then explore the forecast measures for our economy and learn about the national deficit and electronic banking era.

A bucket of change may never look the same to your child. To help them better appreciate our currency system, perhaps, start a small coin collection. Examine the artwork and symbolism of coins. It’s fun to find coins from certain years like family birthdays. In fact the other day Greg came to me with a shiny new penny from the year I was born. Who would have thought a 20 year-old would be concerned with my birth year but the fact that the penny looked brand new stood out. Collectors are of all ages. This 3D Coin Art puzzle is both a bank and a puzzle at the same time.

It comes with collecting trays so your family can hand select the shiniest coins or those made in particular years. When the trays are filled, and the puzzle is complete using pennies & nickles for the stripes and dimes for the stars, the total amount on display is $25. It comes with a stand so the whole flag can sit on display.

Money is a topic we can’t get around. Often we find these conversations to be difficult ones and believe it or not, our children overhear these discussions and comprehend more than sometimes we give them credit for. And while we want to, and should, teach our children how and why saving is so vital to our economy, it is also important to take an opportunity to see the other side of money: the artistic side, historical side.